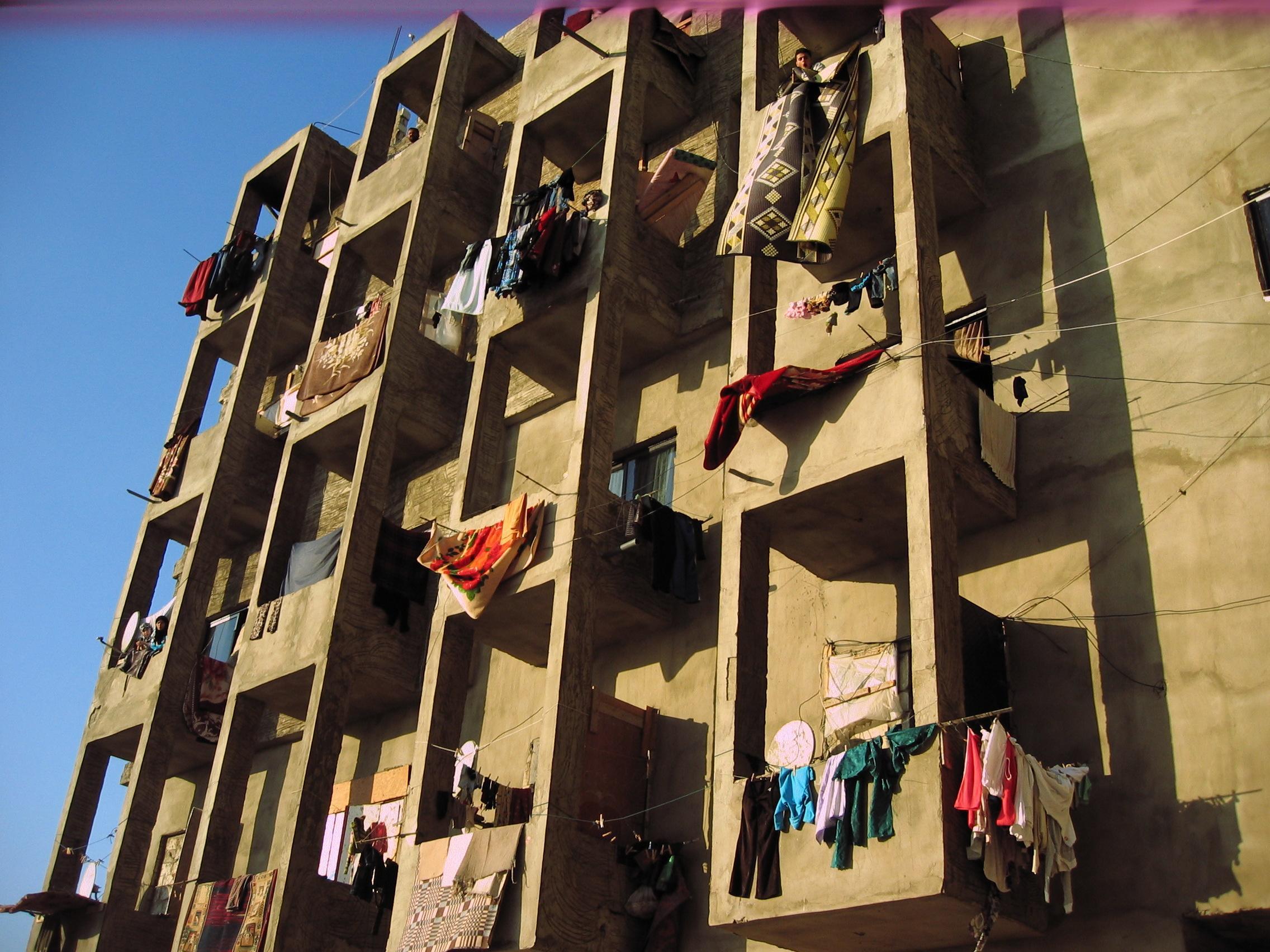 “IDEALS” Is Now Assisting some of the 1.5 million Syrian Refugees Living in Very Poor Settlements in Southern Lebanon on yhe Syrian/Lebanon Border

To date nearly 1.5 million Syrian refugees who have fled the conflict are in Lebanon. Almost half of those affected by the crisis are children and adolescents under 18. The children are currently growing up at risk, deprived, of acute basic services and protection. With ongoing violence in Syria and a worsening humanitarian crisis inside Syria this figure will rise.

The elderly very young and pregnant women are most susceptible in these conditions and increased disorders of the unborn as well as stunted child development are very high risks. The long-term effects of this catastrophe will cross the generations.

In 2014 our wide experience led to the development of Primary and Public Health Care, (PHC),to refugees on the Syrian/Southern Lebanon border, by Dr Andy Ferguson, vice Chairman of IDEALS a highly-experienced UK Primary Care Doctor and Public Health Medical Specialist. The Provision of High Quality Emergency MOBILE Primary Health Care Services, for Syrian refugees in this area was designed to, specifically, address the essential health needs of women and young children. Health/Hygiene Educational Programmes and Active Disease Surveillance began in early 2014 by “IDEALS” and was completed in 2015.

All Key objectives were achieved and the work was praised by organisations such as United Nations.

The delivery of medical services to refugees of ALL ages began in January 2017.

Through this project, in partnership with the NGO Blue Mission, “IDEALS” paid staff and equipped a mobile clinic to provide outreach Primary Health Care services to a widely-dispersed target population of Syrian refugees and members of host communities in South Lebanon. Target areas are a mix of tented settlements, villages and communities known to host significant numbers of refugees. The team liaises with other health providers in the region to avoid duplication of services and refer appropriate patients on for further investigation and/or specialist treatment

The detailed planning and recruitment of the project began in January. The mobile clinic became fully operational on 23/1/17. The team consists of a male and female doctor, nurse and health promoter, and we coordinate with paid "community mobilisers" in each area. The team visit 18 Syrian refugee communities (tented settlements or unused/unfinished buildings) twice per month.

A Child Patient in a Mobile Clinic

We focus on mother and child health care, as these are always the most vulnerable in any refugee group. We resource the clinic with the essential drugs and consumables needed to manage common diseases, including life threatening respiratory and gastrointestinal infections, widespread parasitic infections, stress related illnesses and malnutrition. We also provide the only ante and post-natal care available for pregnant and breastfeeding women within these communities.

In the first 17 weeks after the project began 4,900 patients have been assessed and treated by the team, with thousands more benefiting from the regular health education/disease prevention sessions and polio/measles vaccination.

Our long past record shows that “IDEALS” always produces consistently good results with Long Term Support whatever the circumstances and whatever the task.
It is estimated that to continue this work will cost £40,000 for each period of six months after June 2017. “IDEALS” will do all it can to meet the challenge.
We are sure that all past refugees would approve of this project and so we have no hesitation in citing: -

Madeleine Albright (US Secretary of State), Sir Hans Krebs (Nobel Biochemist) and millions of other refugees who were assisted but especially those for whom it was too late.

More than 2.5 million Syrians are now hosted in Lebanon, Jordan, Egypt, Turkey and Iraq, placing unprecedented strain on communities, infrastructure and services in these countries. There has been a massive escalation of the crisis in the past 12 months, with 70% newly registered as refugees during this period. The highest number, 945,461, are hosted in Lebanon. With ongoing violence and a worsening humanitarian crisis inside Syria this figure is predicted to rise to 1.65 million by December 2014.

To date 114,000 refugees are registered in the south of Lebanon, with 2,000 more awaiting registration (there is currently a one week processing period, except for cases classified as health and/or social emergencies). However, the situation is changing rapidly: the UN Refugee Agency (UNHCR) is reporting the secondary migration of refugees from the north, as there is less overcrowding in the south, cheaper accommodation and a relatively more stable security situation.

Women and children under five years of age constitute 70% of the refugee population, the vast majority of whom are completely dependent on humanitarian aid, arriving in Lebanon with little more than the clothes on their backs.

The host communities in Lebanon are those characterised by the highest levels of poverty and deprivation even prior to this crisis. Competition for already limited social services and jobs against a background of rising inflation and security concerns is already reaching critical levels.

In the absence of properly established camps the early refugees were fortunate enough to find themselves shelter in rented accommodation, with host families or in the already overcrowded Palestinian refugee camps. However, as numbers have increased and prices have escalated these options have largely been exhausted. Increasingly the new arrivals are forced into small, informal “tented settlements” or to squat disused buildings. These improvised shelters are often substandard, with limited or no water or sanitation facilities, and located in areas prone to flooding and at risk of fires. The fact that refugees are so widely dispersed within host communities creates difficulties in terms of access and coordination, placing greater emphasis on community based outreach activities.

Many refugees have been hugely traumatised by their experiences in Syria and subsequent escape. They have no personal possessions or the means to purchase them. Within such a vulnerable population there are particular concerns for women and young children, the elderly, persons with disability and those with existing health problems.

Conditions in a couple of tented settlements in Tyre

UNHCR is subsidising the cost of primary health care (PHC) for registered refugees using pre-selected government and NGO health providers. However, refugees still have to make a variable contribution to the cost of this care and accessing services remains difficult because of the distances involved and cost of transport. Furthermore, the availability of medication for chronic diseases (eg. diabetes, heart disease) is extremely limited and even simple acute treatments are not always available.

For those patients with life threatening conditions, subject to approval by GlobeMed Lebanon (the recently appointed “referral contractor”), UNHCR will also cover 75% of the cost of secondary care at pre-selected hospitals (100% if the patient is classed as “vulnerable”). However, this still leaves the refugee having to cover 25% of the cost of life saving hospital treatment, and non-emergency cases are not covered at all.

In collaboration with a local partner NGO, Blue Mission, our project began in April 2014. The key objectives are:

We have staffed and equipped a mobile clinic to provide outreach PHC services for a widely dispersed target population of refugees and members of host communities in Saida and Tyre, south Lebanon. Target sites are a mix of tented settlements, improvised shelters and disused buildings. To improve coordination and avoid duplication these sites have been agreed with UNHCR and the limited number of other emergency health care providers in the region.

The mobile clinic operates from 0800 to 1400, five days a week, visiting at least two target sites each working day, returning to each target site at least once every two weeks (according to a schedule agreed with beneficiaries and advertised using all available means. Community mobilisers have been recruited from the refugee population to improve coordination, help organise all health and related activities, and increase beneficiary ownership of the project. Although services are targeted at refugees we do not refuse care to any member of the host community who attends. Patients requiring further investigation and/or specialist assessment are transferred to PHC centres in Saida and Tyre, with onward referral to secondary care as necessary.