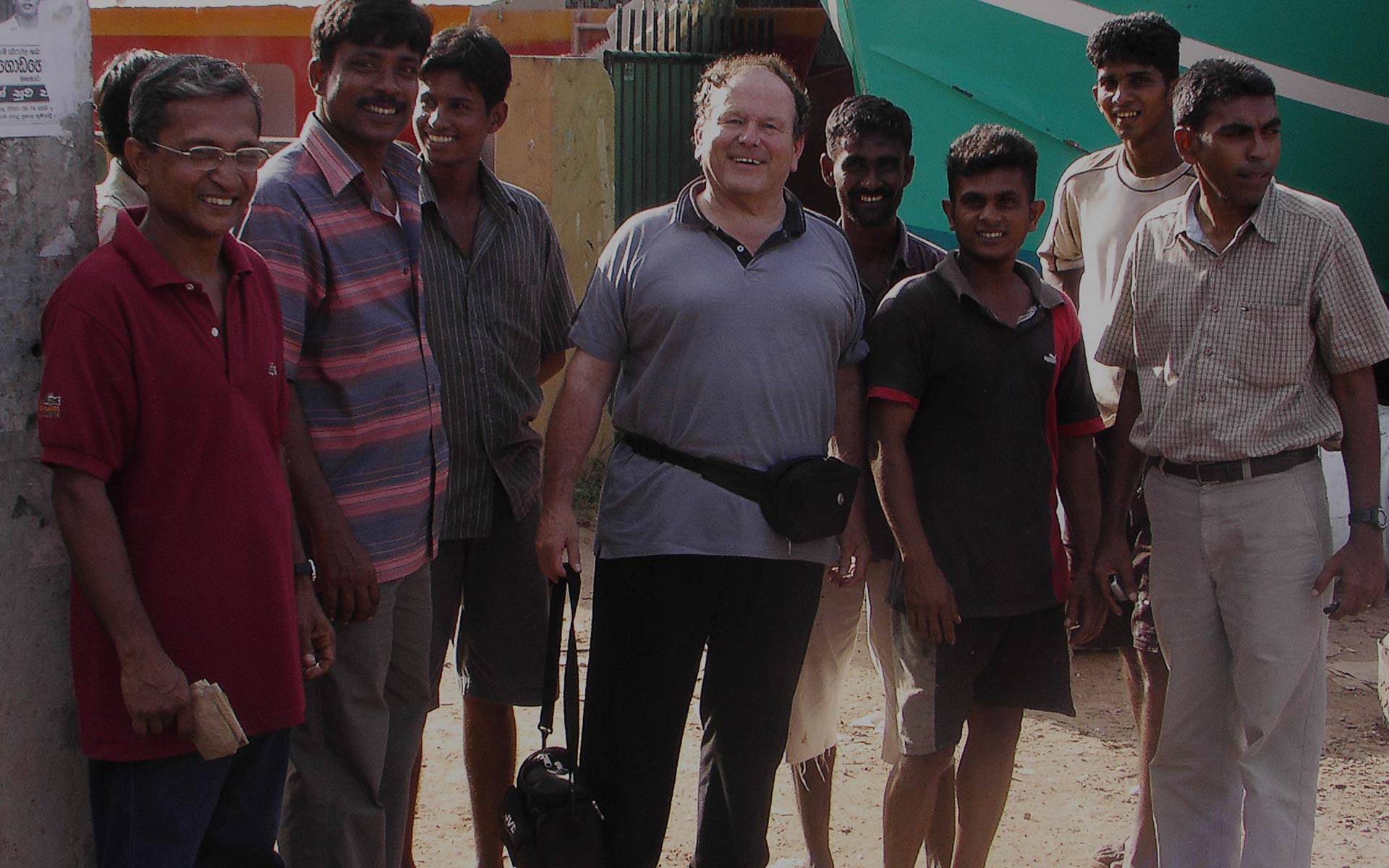 History - How We Started

IDEALS was born out of the ravages of the Bosnian war in the 1990’s when the present chairman John Beavis, an orthopaedic and trauma surgeon, frequently visited the country to assist with treatment of the wounded in civilian hospitals. After the war John continued to assist with the reconstruction of medical services, and while travelling had a chance meeting on a plane with business man, Mr Simon Oliver, which radically changed everything. Simon made a massive donation to the work with the advice, "Start a charity"! The fund set up with this spontaneous gift was initially designated "The Bosnian Fund", but in 2000 the charity IDEALS was registered.

John is Chairman and a Founder Member of IDEALS. Previously Consultant Orthopaedic and Trauma Surgeon in the NHS and Senior Lecturer University College London. He worked with IDEALS as a teacher and active clinician in Bosnia, Pakistan, Sri Lanka, Iraq, Lebanon, Gaza and West Bank

Simon is the Founder of IDEALS having materially encouraged its formation as a charity. Simon brings the experience of a very successful, entrepreneurial, businessman to advising the charity. After developing his own dairy company he became Chairman of Dairy Crest as well as an investor in and Director of other successful businesses. He is the practical advisor with the layman’s careful questioning of the ideas for aiding the patients.

Terence is the Consultant Cardiac Surgeon who performed the first successful series of heart transplants in the UK. Terence is a Past Master of St Catharine’s College Cambridge and Past President of Royal College of Surgeons of England. He has worked with IDEALS in Pakistan Gaza and West Bank and in Iraq. Terence was a founder of IDEALS/PTC training in Pakistan and Gaza with numerous visits to both countries.

Eamon helped found IDEALS. He is a well-recognised Academic Anaesthetist who has made research contributions to his field. Eamon is a Consultant at The Royal Victoria Hospital Belfast and has combined this work with numerous visits to Bosnia, Sri Lanka, Pakistan, West Bank and Gaza where he works in a teaching and clinical capacity. His special, and popular, role of teaching “difficult airway techniques” is very valuable and welcomed by his post graduate students.

Graeme is one of the originators of the Limb Reconstruction Unit at King’s College Hospital. He has combined his extensive NHS work as the Senior Consultant in Trauma and Orthopaedic Surgery with numerous visits to Gaza and West Bank as visiting Consultant. Since the last hostilities he has worked each month in Gaza in essential surgical care of war injured patients which he combines with teaching.

Pam is a Consultant Paediatrician with great experience in the UK. She worked at the Institute of Child Health and also for many years in Mozambique. She was Trustee of Medical Aid to Palestinians for nine years and was advisor for medical training of doctors and nurses in Lebanon, Gaza and West Bank and for people with disability. She has a lot of experience of the care of children in war.

Oliver has an established background in conflict resolution and interfaith relationships as Founder and Chairman of “Forward Thinking” and is very active in maintaining dialogue between Israel and Palestinians. Oliver was responsible for initiating the first post-conflict talks between NATO and the former Yugoslav Government. He has made a large numbers of visits to the Middle East, and especially Gaza, assisting in the cause of peace and reconciliation.

Jerome is a long-term supporter of the work of IDEALS and he brings a very long and varied experience of law in many fields while practicing as a Solicitor in Kent and London. His association with IDEALS, even before becoming a Trustee, has been marked by a great concern for individuals and communities caught in conflict and disasters without regard to the religious or political allegiances of the victims.

Andy is Deputy Chairman of IDEALS and is a practicing General Practitioner who is also fully qualified as a Specialist in Public Health. He has worked in his Public Health capacity, and in development of medical services, after wars and disasters in Bosnia, Pakistan Nepal, Africa Sri Lanka, West Bank and Gaza. Andy is the originator and assessor of many different IDEALS programmes.